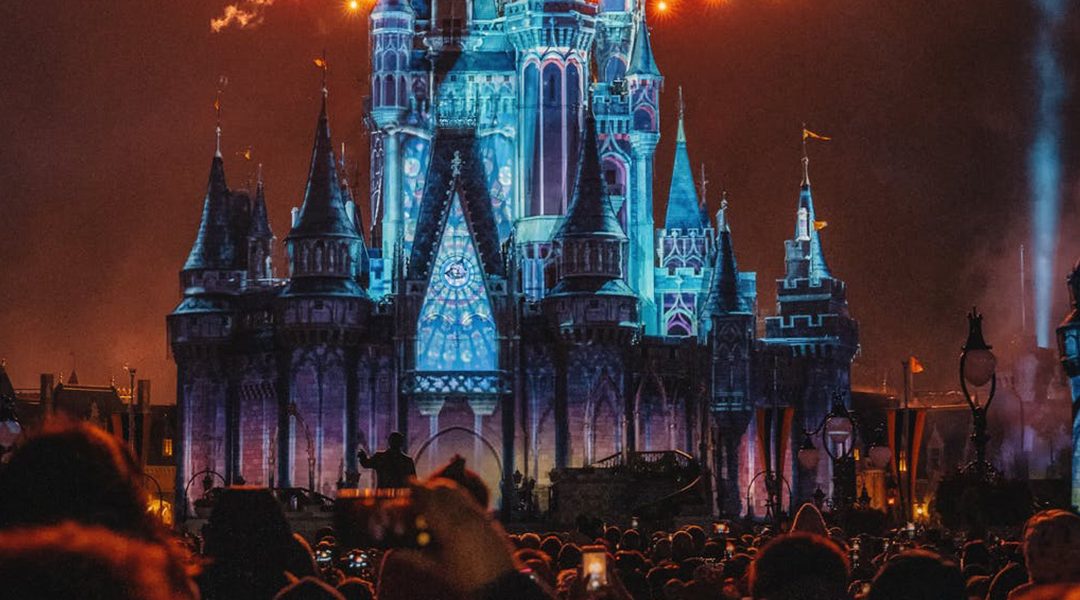 It is no secret that the Internet has played a crucial role in allowing consumers to access certain products and services during the global Covid-19 pandemic. The pandemic has affected businesses and organisations of all sizes, from Melt in Aberdeen’s city centre, to the biggest brands in the world, including The Walt Disney Company.

In March 2020, The Walt Disney Company announced that all six parks’ locations around the world (Anaheim, Orlando, Tokyo, Paris, Hong Kong and Shanghai) would close their gates to guests in an effort to stop the spread of the virus. For Walt Disney World in Orlando, this would be the seventh time the resort had closed in an almost fifty-year history, having previously closed only in the wake of hurricanes and the terrorist attacks of September 11th 2001. This would also be the first time that all Disney Parks locations worldwide were closed simultaneously (Wynne, 2020).

Five of these locations have since been able to reopen at least temporarily, while Disneyland Resort and Disneyland California Adventure in Anaheim remain closed at the time of writing. The parks closures have cost the company an estimated $2.4 billion and 28,000 Cast Members from the company’s Parks, Products and Experiences sector have sadly been laid off (Whitten, 2020).

Theme parks were of course not the only entertainment venues required to close during the pandemic, with movie theatres also among the affected. Since March 2020 when cities around the world began to go into lockdown, Disney and other studios have been forced to reschedule or adapt several movie releases including much anticipated titles such as Mulan and Black Widow.

Prior to the global spread of the virus, the company launched their largely successful entertainment streaming service, Disney+, in the United States on 12th November 2019. The service is now available in approximately thirty locations worldwide, beginning with much of Europe of being able to access the service from 24th March 2020 (Trenholm, 2020).

This platform offered the company a lifeboat in strange and uncertain times for film studios and they were able to release some of the already completed titles such as Mulan and Raya and the Last Dragon for a premium fee. The ability to release films onto their own platform allowed the company to recover some of the finances lost during the pandemic, with Mulan generating $35.5 million in profits during its opening weekend (Katz, 2020). The release of titles such as Mulan could be linked to the next controversial announcement from the company; they would be shifting their focus to accelerate their direct-to-consumer strategy. While some would argue that this was an unsurprising move from the company in the current climate, they say that the pandemic was not solely responsible for the decision.

“I would not characterize it as a response to Covid. I would say Covid has accelerated the rate at which we made this transition, but this transition was going to happen anyway”. -Bob Chapek, CEO of The Walt Disney Company.

In the months following this, the company announced plans to close 20% of their North American Disney Stores by the end of 2021 in addition to reviewing potential closures around the world, causing yet more uncertainty for Cast Members. (Whitten, 2020). The company cited changes in consumer behaviour for this move;

“While consumer behaviour has shifted toward online shopping, the global pandemic has changed what consumers expect from a retailer”. -Stephanie Young, President of Consumer Products, Games and Publishing, The Walt Disney Company.

Research estimates that the global Covid-19 pandemic has accelerated the move from physical to digital shopping by around five years. (Perez, 2020). Across the industry, e-commerce sales increased by 32.4% to $791.7 billion. This number is only expected to grow and so it is clear to see why The Walt Disney Company would choose to move online where they can attract a wider demographic with a wider range of products and services.